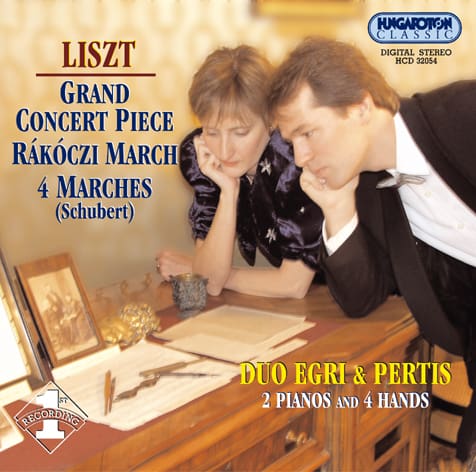 Apart from the “Double Grand Series” the duo remains faithful to the “normal” piano, which they prove with their CD “Inspirations” released in 2000. This CD features duo and duet works inspired by foreign themes. An absolute highlight is the Great Concert Piece on Mendelssohn’s Songs without Words. The duo reconstructed and studied this work from the damaged manuscript. This large-format fantasia is joined on this CD by the Schubert marches arranged by Liszt, which are also premier recordings, as well as the well-known Rákóczi March.