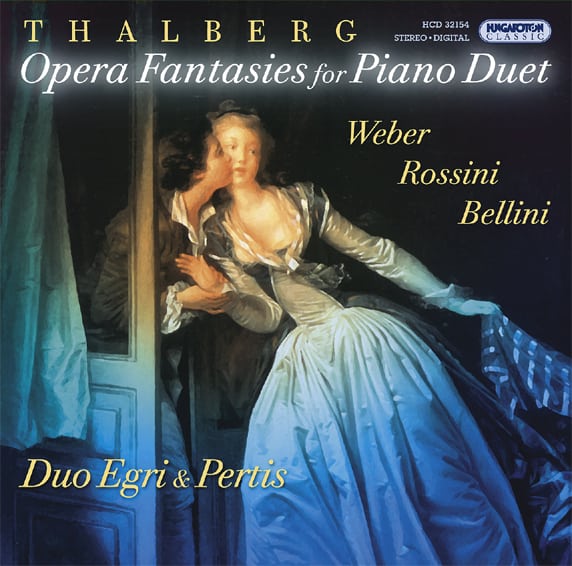 “Who was Thalberg?” Many people will ask this question when they pick up this CD, though the composer this CD is dedicated to is not counted as one lacking personality. Sigismund Thalberg (1812-1871) was a celebrated star of his times, almost a musical demigod – “he is a god when sitting at the piano” (Schumann) – and he maybe was the only pianist the music world considered a worthy competitor to Liszt at that time. Like Chopin and Liszt, Thalberg was a fervent admirer of the opera genre and admired the human voice. This enthusiasm strongly influenced both his interpretative and compositional attitude. Besides Liszt, Thalberg was considered the greatest composer of paraphrases; he enriched this genre with more than 60 works (among them several for four hands or for two pianos).